Inkjet technology utilizes tiny droplets of ink to facilitate direct printing without the device coming into contact with the printing surface. Because the technology supports non-contact printing, it can be applied to a variety of media and is now being introduced into a wide range of fields from general-purpose to industrial. The simple structure combining the inkjet print head with the scanning mechanism has the advantage of reducing equipment cost. In addition, because they do not require a printing plate, inkjet printers have the advantage of saving print setup time compared to traditional printing systems (such as screen printing) that require fixed print blocks or plates, etc.

There are two main ways of inkjet printing, namely continuous inkjet printing (CIJ, continuous ink flow) and drop-on-demand (DOD, ink droplets are only formed when needed); drop-on-demand is divided into three different Category: valve inkjet (using needle valves and solenoids to control the flow of ink), thermal foam inkjet (the liquid flow is rapidly heated by micro-heating elements, so that the ink evaporates in the print head to form bubbles, forcing the printing The ink is ejected from the nozzle), and there is piezoelectric inkjet.

Piezoelectric printing technology uses piezoelectric material as the main active element inside the printhead. This material produces a phenomenon known as the piezoelectric effect, where an electric charge is created when a (natural) substance is acted upon by an external force. Another effect, the inverse piezoelectric effect, also occurs when an electric charge acts on the substance, which deforms (moves). Piezo print heads feature PZT, a piezoelectric material that has undergone electrical polarization processing. All piezoelectric printheads work in this same way, deforming the material in order to eject ink droplets. A printhead is an integral part of a printing system with nozzles that eject ink. Piezo printheads consist of an active component called a driver, with a series of lines and channels forming the so-called "liquid path", and some electronics to control the individual channels. The driver contains some parallel walls made of PZT material, forming the channels. An electrical current acts on the ink channel, causing the channel walls to move. The movement of the ink channel walls creates acoustic pressure waves that force the ink out of the nozzles at the end of each channel. 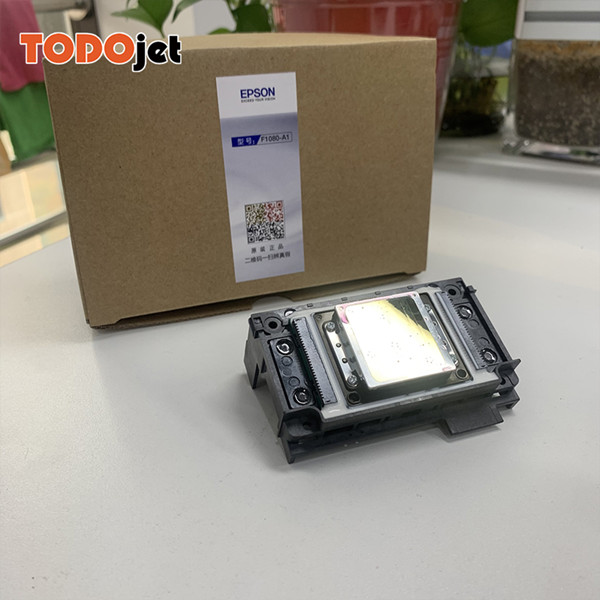 Now the mainstream nozzles used in the uv inkjet printing market are GEN5/GEN6 from Ricoh, Japan, KM1024I/KM1024A from Konica Minolta, Kyocera KJ4A series from Kyocera, Seiko 1024GS, Starlight SG1024, Toshiba CA4, Epson Japan. There are others but not introduced as mainstream sprinklers.

In the field of uv printing, Kyocera printheads are now rated as the fastest and most expensive printheads. Currently, there are Hantuo, Dongchuan, JHF and Caishen equipped with this printhead in China. Judging from the performance of the market, the reputation is mixed. In terms of accuracy, it has indeed reached a new level. In terms of color performance, it is really not very good. The ink is matched. The finer the drip, the higher the technical requirements, the higher the cost, and the cost of the nozzle itself is also there, and there are fewer manufacturers and players, which pushes up the price of the whole machine. In fact, the application of this nozzle in textile printing is better, is it because the ink properties are different?

Commonly known as the GEN5/6 series in China, other parameters are basically the same, mainly due to two differences. The first and smallest 5pl ink droplet size and improved jetting accuracy can produce excellent print quality without graininess. With 1,280 nozzles configured in 4 x 150dpi rows, this printhead enables high-resolution 600dpi printing. Second, Greyscale's maximum frequency is 50kHz, which increases productivity. Another small change is that the cables are separated. According to the manufacturer's technician, it was changed by some people on the Internet who attacked this cable defect. It seems that Ricoh still cares about the opinions of the market! At present, the market share of Ricoh nozzles should be the highest in the UV market. There must be a reason for what the people want, the precision is representative, the color is good, and the overall matching is perfect, and the price is the best!

An inkjet printhead with a full-nozzle independent drive system with a multi-nozzle structure capable of discharging from all 1024 nozzles simultaneously. The high-density structure features high-precision alignment of 256 nozzles in 4 rows for improved positioning accuracy for high-definition print quality. The maximum drive frequency (45kHz) is approximately 3 times that of the KM1024 series, and by using an independent drive system, it is possible to achieve approximately 3 times higher drive frequency (45kHz) than the KM1024 series. This is the ideal inkjet printhead for developing single-pass system inkjet printers capable of high-speed printing. The newly launched KM1024A series, up to 60 kHz, with a minimum accuracy of 6PL, has greatly improved in speed and accuracy.

Seiko series nozzles have always been controlled in the limit system, and the application of inkjet printers is very successful. When they turned to the UV market, it was not so smooth. It was completely covered by the limelight of Ricoh. A good print head, with improved accuracy and speed, can compete with the print heads of the Ricoh series. It is just that the manufacturer using this sprinkler is the only one, so there are not many players in the market, and the information that consumers can receive is limited, and they do not know enough about the performance and performance of this sprinkler, which also affects the choice of customers.

This spray head is durable enough to withstand harsh industrial textiles and other applications. It uses field-proven materials with continuous ink recirculation and monochromatic operation on a replaceable metal nozzle plate designed into a replaceable metal nozzle plate at 1024 channels per 8 dots per inch per inch The speed of 400 inch continuous output provides consistent output over a long service life. The unit is compatible with solvent, UV-curable and water-based ink formulations. It is only because of some market reasons that this nozzle is buried, but it is only fading out in the uv market, and it shines in other fields as well.

The unique technique of jetting multiple droplets onto a single dot creates a wide range of greyscales, from a minimum of 6 pl to a maximum of 90 pl (15 drops) per dot. Compared to traditional binary inkjet heads, it is more suitable for exhibiting smooth density grades from light to dark in various industrial prints. The CA4 achieves 28KHz in 1drop (6pL) mode, twice as fast as the existing CA3 using the same interface. 7drop mode (42pL) is 6.2KHz, 30% faster than CA3. Its line speed is 35 m/min in (6pl, 1200dpi) mode and 31m/min in (42pl, 300dpi) mode for high productivity industrial applications. Excellent piezo process and jet control technology for precise spot placement. CA sprinkler heads are equipped with enclosures with water channels and water ports. Circulating thermally controlled water in the chassis creates an even temperature distribution in the printhead. It makes the jetting performance more stable. The advantages of the official website are very clear, the accuracy and speed of single-point printing 6pl are guaranteed. At present, the domestic uv market is still a system in the main push. From the perspective of cost and effect, there should still be a market for small desktop uv equipment. 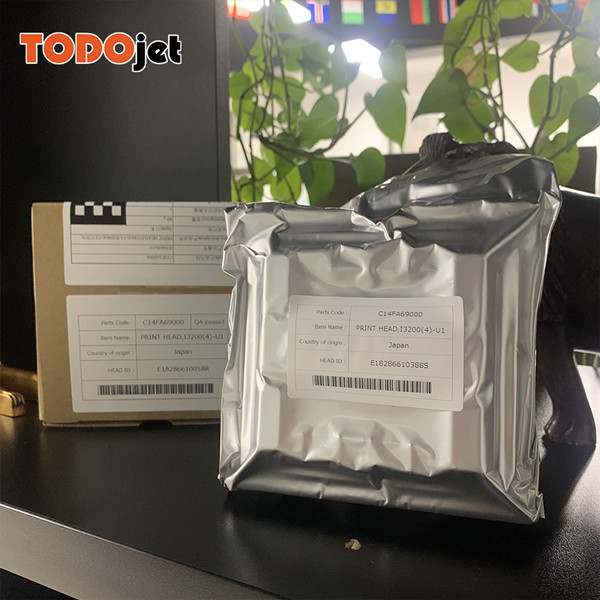 Epson is the most widely used and well-known printhead, but it has been used in the photo market before. The uv market is only used by some manufacturers of modified machines, and more of them are used in small desktop machines. The main precision, but the ink The mismatch has led to a greatly reduced service life, and it has not formed a mainstream influence in the UV market. However, in 2019, Epson has developed a lot of permissions for nozzles and released new nozzles. We can see it at the Epson booth at the Guangdi Peisi exhibition at the beginning of the year. This one in the poster. And attracted the attention of major manufacturers in the uv industry, Shanghai Wanzheng (Dongchuan) and Beijing Jinhengfeng are leading the attempt to cooperate. Board dealers, Beijing Boyuan Hengxin, Shenzhen Hansen, Wuhan Jingfeng, and Guangzhou Color Electronics have also become printhead board development partners.

The UV printing market belonging to Epson is about to start! 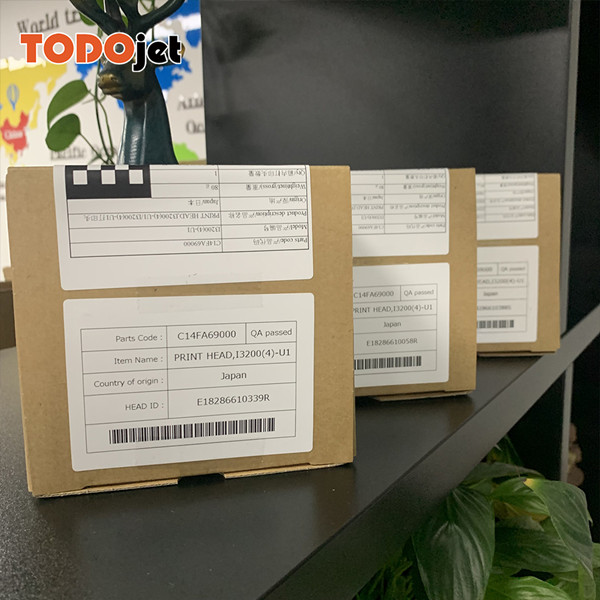 The choice of nozzles is a key strategic plan for equipment manufacturers. Planting melons will yield melons, and sowing beans will yield beans, which will affect the company's development trajectory in the next few years; for customers, it will not have such a big impact, regardless of black cats. A white cat is a good cat if it catches a mouse. Looking at the nozzle also depends on the equipment manufacturer's mastery of the development of this nozzle. At the same time, he also needs to consider the cost of use, the cost of the nozzle, and the cost of consumables. Generally speaking, the good and expensive ones are not necessarily suitable for me. I must jump out of the marketing of various manufacturers. If you want to understand your business plan and overall development needs, just choose the one that suits you!

UV equipment itself is a production equipment, which is a large-scale production tool. The production tool should have, stable and easy to use, low cost of use, fast and perfect after-sales maintenance, and the pursuit of cost performance.